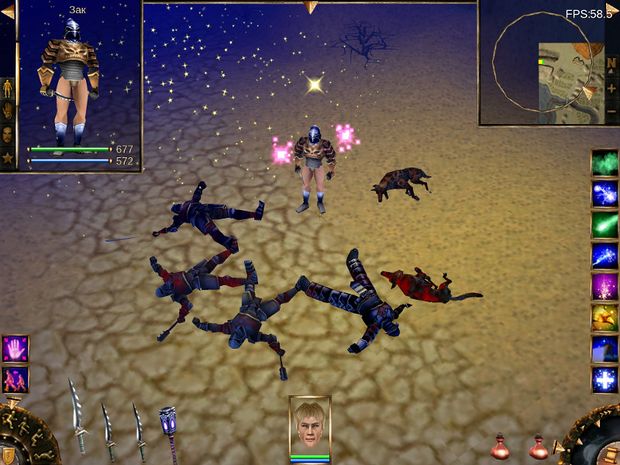 Sometimes an armor piece happens to break. For some reason, most often that piece is pants.

Evil Islands is the successor to the well known Rage of Mages series, released by Nival at the height of their glory.

Getting through Evil Islands on Hardcore without prior knowledge of the game is impossible anyway, so rather than a detailed walkthrough, this guide will highlight the most dangerous parts. It's being assumed that you're doing quests in linear order, as they are given to you, and don't go where you're not supposed to yet. If you do, blame yourself.